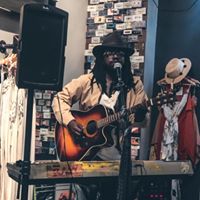 Billy launched his solo career as Liam Alone in 2017. Billy also plays in many bands in Syracuse including Jess Novak Band, All Poets and Heroes, Tanksley, and Atkins Riot. He is owner of Music in the Air Studios since 2013 that hosts a number of services including voice lessons, instrumental instructions, and a recording studio.